There are many different types of cartoon dogs. Some are funny, some are cute, and some are just downright weird. But there is one thing they all have in common- they make us laugh. Here is a list of the 7 best cartoon dogs ever created.

They cuddle up to you on the sofa, lick your face when you’re sad, and look at you with their huge eyes pleading for you to touch them. Anyone who has ever had a dog understands how important their friendship is and how life would be incomplete without them. When the world’s greatest animators created some of our favorite cartoon characters, they made sure that they were accompanied by some pretty amazing dogs.

Over the years, cartoons have included some incredible canines; in fact, it’s almost impossible to find an animated program that doesn’t contain a dog at some time. With their floppy-eared antics and unwavering devotion, these dogs offer us comfort and pleasure even in their animated forms. However, among all of the great cartoon dogs out there, a few stand out as the most memorable and endearing. The following are the top seven cartoon dogs of all time:

Courage from Courage the Cowardly Dog takes the concept of a good dog risking his life to defend his master to a whole new level. Courage puts his life on the line to defend his two naive owners from enemies ranging from ghosts to crazy nephews to wicked sentient computers in almost every episode of the program.

One of the sweetest things about Courage is that, despite the fact that Eustace and Muriel will make many mistakes and put their life in jeopardy, Courage will always end up curled up on Muriel’s lap in front of the television. Courage has the ability to forgive, forget, and continue to be the faithful purple friend we’ve all come to adore.

Most people who saw Blue’s Clues believed that Blue was a boy, which is another another example of patriarchal influence in our culture. Blue was, in fact, a female, and a pretty fantastic one at that.

Blue was not just one of the greatest detectives in cartoon history, frequently compensating for her human companion’s ineptitude by solving crimes with only three clues, but she was also adorably adorable and hilarious.

Also, don’t forget that Blue has the ability to enter mystical paintings and travel to other realms. She also had Magenta, her devoted canine companion, demonstrating that Blue was not just popular with people but also with other dogs.

Moving from one basic hue to the next, if you didn’t read or see Clifford the Big Red Dog as a kid, your life was a waste of time. I’m joking, but it’s not true. In all seriousness, who wouldn’t want to be able to jump out of their bedroom window and ride off into the sunset on their gigantic dog?

Clifford was not just large, but also kind and devoted to his owner Emily Elizabeth. Owning a dog of that size, on the other hand, must have been a nuisance, both monetarily and practically. His doghouse was about the same size as his family’s home. Every day, he drank enough water to fill a small lake. Don’t even get me started on when he does a doggie doo-doo on the yard of the next-door neighbor.

Scooby-Doo (Where Have You Gone, Scooby-Doo?)

While some may dispute that Mystery Incorporated was led by either Fred or Velma, I believe we all know who was in charge. Scooby-Doo is without a doubt one of the most famous dogs in pop culture, with appearances in television programs, live-action films, comic books, video games, and more dating back to 1969. This beautiful Great Dane has captured our hearts from the first episode of Scooby-Doo, Where Are You!

Scooby’s personality is perhaps best defined by the fact that he and his closest buddy Shaggy seem to be a couple of idiots who always manage to save the day in the end. Plus, there’s the not-so-subtle suggestion that the two are stoned throughout the duration of the program, which explains why Scooby needs Scooby Snacks to operate.

Santa’s Little Helper originally featured in The Simpsons when Homer used the little amount of money he made as a Santa Claus at the Springfield Mall to gamble at the dog track instead of buying Christmas gifts for his family.

Rather of following a tip regarding the winning dog, he chooses Santa’s Little Helper, a longshot who finishes last. Santa’s Little Helper’s owner, dissatisfied with the dog’s performance, abandons him, and he is rescued by Homer and adopted into the Simpson household.

Santa’s Little Helper, who becomes Suds McDuff for a short time as part of a Duff beer commercial campaign, has the remarkable ability to look stupid and destructive while still possessing some kind of human-like or supernatural trait. In The Simpsons episode “Jaws Wired Shut,” Santa’s Little Helper is also suggested to be bisexual, making him the only LGBTQIA+ dog on this list.

Goddard is a character in the novel Goddard (The Adventures of Jimmy Neutron: Boy Genius)

Jimmy Neutron’s loyal friend, named after Robert H. Goddard, the engineer and inventor credited with developing the world’s first liquid-fueled rocket, is more of a robot than a dog, but I believe he deserves to be on this list. Sure, there was that one occasion when he transformed into an evil monster and attempted to destroy Retroville, but I believe we can forgive him for all the other times when he saved Jimmy’s life.

Goddard is revealed to have virtually limitless devices built into him over the 61 episodes of The Adventures of Jimmy Neutron: Boy Genius, but he is still light enough to fly. He’s also been blown apart and dismembered many times, only to return to normal thanks to his self-reassemble function. For Goddard, it’s just another day at the office. He also seems to be capable of love, as he develops a strong attachment to Roxy, Jimmy’s adversary The Junkman’s pet dog.

Of course, at least one of the famous canines from the Mickey Mouse cartoons, films, and comic books had to make the cut. It was a toss-up between Pluto and Goofy, but Pluto felt like the better option since he embodied more dog-like characteristics. Pluto made his screen debut in the 1930 film The Chain Gang as an unidentified bloodhound, making him the oldest character on our list.

There are many aspects of Pluto’s existence that do not make logical. First and foremost, how can a mouse have a dog as a pet? In the actual world, mice are far smaller than dogs, and Pluto would very certainly devour Mickey rather than accept instructions from him. Also, why is Goofy able to communicate while Pluto isn’t? After conducting some investigation, it seems that Goofy is a person that looks like a dog, which explains why he moves and speaks like a human. When you think about it, that’s quite frightening.

The cartoon dogs from the 90s are some of the best cartoon dogs. They had a lot of great cartoons that were popular in the 90’s. 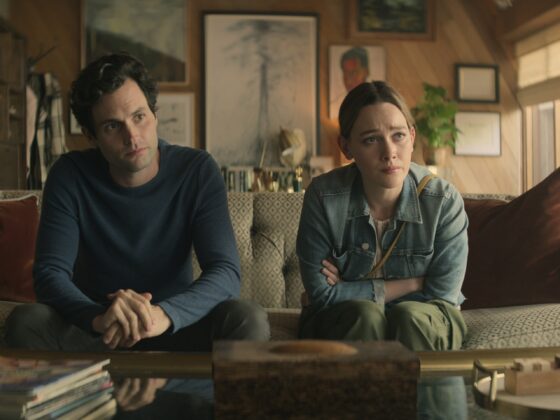 Release Date, Cast, Plot and What you Didn’t know about the Show 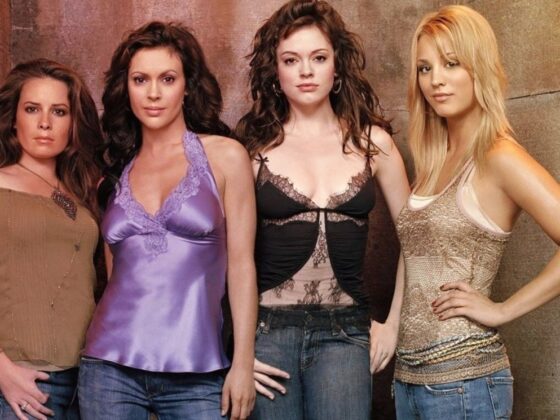